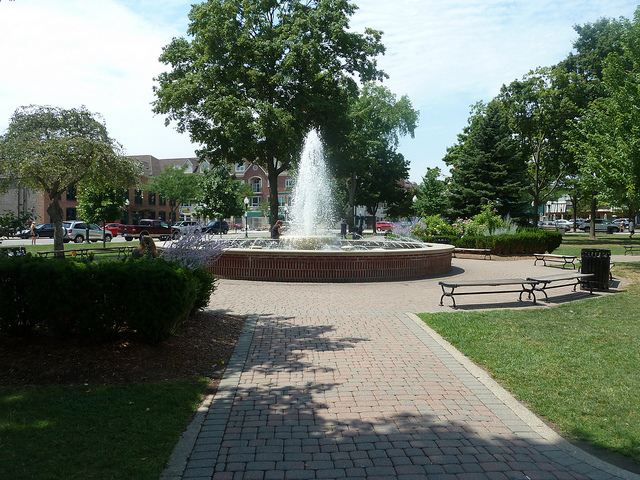 The city of Plymouth is entirely surrounded by the Charter Township of Plymouth.  Plymouth  has a variety of shops and restaurants surrounding Kellogg Park, the de facto center of town. The Inn at St. John's, a hotel conference center and golf resort, is located in Plymouth. The city offers more than fifty recreation programs for all age groups, an NHL-size ice arena and twelve parks. It also organizes major community events such as the popular Fall Festival, Ice Sculpture Spectacular and the Art in the Park, and access to the Plymouth-Canton school district, with a unique complex composed of three high schools located on one 305-acre campus and is now one of the highest populated high school campuses in the country with close to 6500 students and over 800 faculty members. The Barefoot Productions theater company is located on Main Street.

The Plymouth Ice Spectacular, the largest and oldest ice carving festival in North America, is held every year in Plymouth in late January. Since 2008, Plymouth has been home to the Green Street Fair, held over a weekend each May. Featuring green-themed exhibitors and activities, the event has become a yearly tradition.

Plymouth's "Art in the Park" is Michigan's second largest art fair. Visitors have enjoyed Plymouth Art in the Park since its inaugural event in 1980.

Another very popular community tradition/event is Plymouth's Fall Festival. This annual event is held the weekend after Labor Day. The Fall Festival is an event for all ages with numerous rides and other attractions.

A meeting of the settlers was held on February 26, 1827, to select an official name for the community. The downtown are was known unofficially as "Podunk", and the north end of town at Main and Mill was known as "Joppa". At the meeting, the name "Peking" was proposed in honor of the Chinese city, since there was much interest in China in this country at the time. When the dust settled, the first choice was "LeRoy", wrote recording secretary A. B. Markham, but if that name has already been used, the second choice was "Plymouth", which was proposed for its historical ties to Plymouth, Massachusetts, the area from which some of the local settlers had come.

Territorial Governor Cass approved the name "Plymouth" in April, 1827, at which time Plymouth was established as a super township comprising the areas which are now Plymouth, Canton, and Northville. The south part of the area - Township Two South - was referred to as "South Plymouth." It became a separate township named Canton in 1834, again in response to the interest in China.

In March of 1898, some 100 residents of Plymouth Township met in the Opera House in the Village of Northville to decide whether Northville should set up its own township. Arguments for separation included the inconvenient travel distance required of Northville residents in dealing with the Township Board offices in Plymouth Township, and the preferential maintenance attention which the bridges in the south part of the township received, compared to the bridges in the north end of the township. The distance problem was supported by the fact that only 12 south-end residents attended the north-end meeting.

When the vote was taken, it was 40 to 30 in favor of splitting Northville Township off from Plymouth Township. This final split reduced Plymouth Township from its original size of 72 square miles, down to its present size of 15.9 square miles. The Township of Northville and Plymouth are the only Michigan case of half-sized townships resulting from a split rather than annexation by a city. 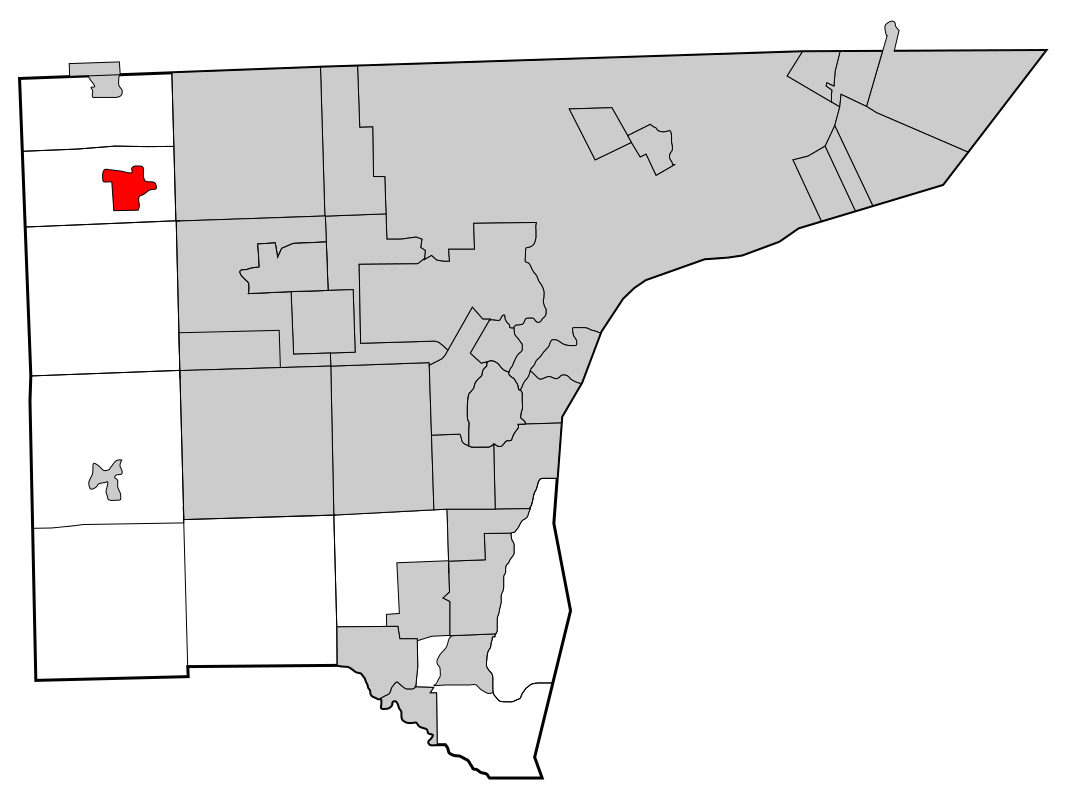 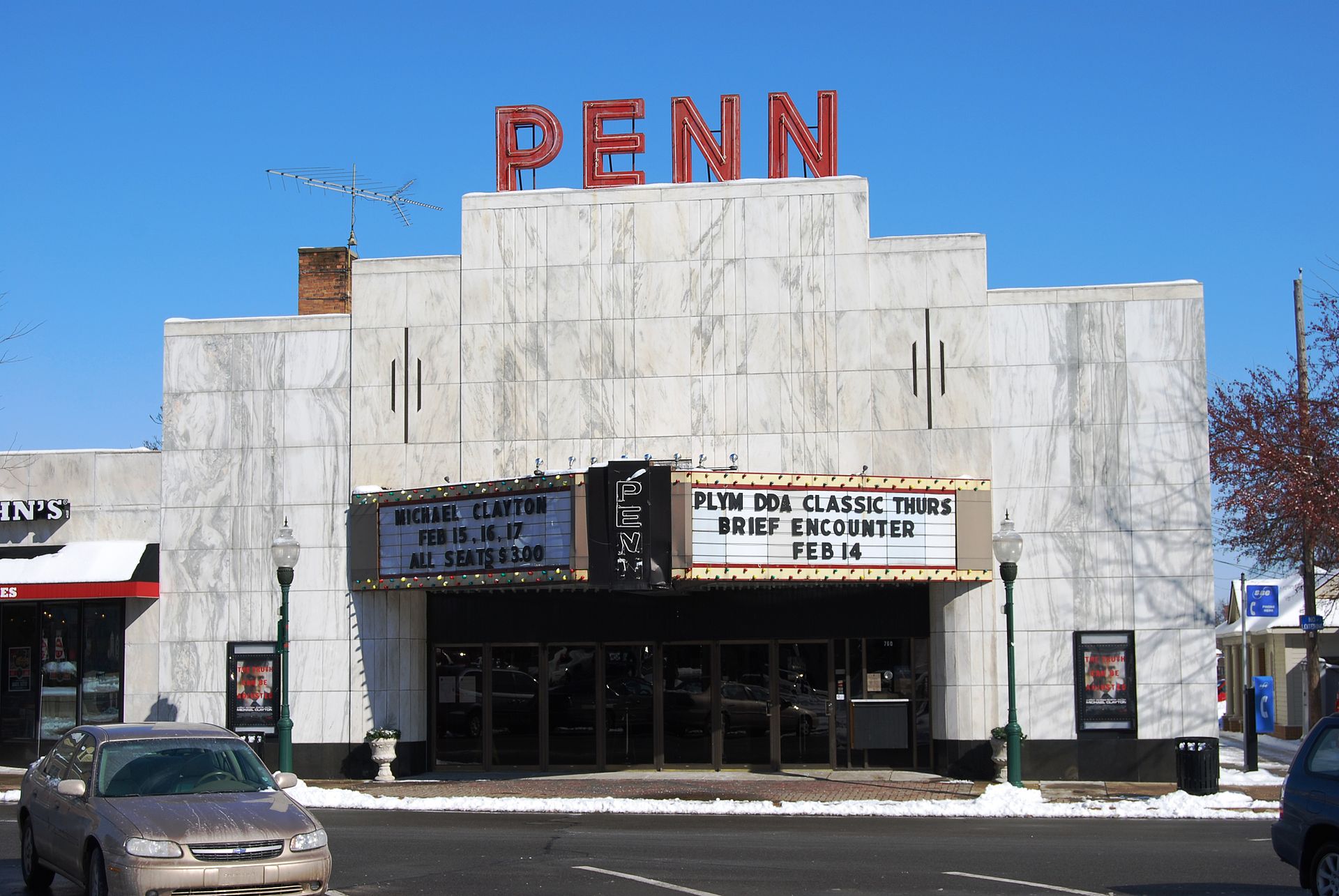